I fall back into my pillow, sinking into a position that somehow makes everything feel less sore – just go back to sleep, your body needs it.

Well, it was too late for that, because I had already committed the same mad fuckery as the day before and somehow found my half-naked self walking towards the window, pulling aside the curtain and… bingo. Self-torture. No force on Earth could make me unsee the 5ft glassy sets rolling in through an empty lineup. Immediately, the possibility of jumping back into bed for much needed recovery time was discarded, just like it was the day before, because, hey, when in Rome.

It would be an understatement to call Mizata Point a wave magnet – that would require a minimum swell on tap for something to actually unload unto the reef. So when the entire Salvadorian coastline greets the new day with the look & feel of a fishing lake, but the break steps away from your room keeps somehow firing 4ft right handers, you know your dealing with a whole new animal. Oh Mizata, you really are the most consistent wave in all of the country.

Located in a relaxed and dusty town on the western part of el Salvador, Mizata Point Resort lies between the towering cliffs that make El Salvador a dream place for photographers, drone pilots and surfers whose stoke depends on epic views as much as wave quality. Walking distance from the hotel, you’ll find a fast and long point break, and a bit further down the road, a punchy beach-break. Within a 40 minute drive, a myriad of world-class waves, including the venerated Punta Roca (as well as softer, mushier waves for beginners), can provide a change of scenery and wave type if you want to break the “monotony” of surfing the crowdless, beauty of a wave right in front of the hotel. If a 5 person lineup still doesn’t sit well with you, a boat trip will get you a wave all for yourself, and the resort has you covered on that.

Now, before I go on, I’d like to address the bump in the road we all face when planning surf trips to pretty much anywhere: Safety Concerns. El Salvador, infamous for gang warfare and violent streets, has taken a pretty hard hit on its global perception since its civil war. The fact it’s been branded level 3 threat advisory (reconsider travel) doesn’t help either. And neither did the VICE documentary on MS-13 I watched a few days before boarding the plane. Now – I did my fair share of research before travelling, and like many countries in political turmoil, the same general rule seemed to apply: stay in the coastline and you’ll be fine. I can’t say I didn’t entertain any doubts about it, but once I landed, however, and until the very end of my trip, I felt no threat whatsoever, especially around Mizata. Quite the contrary in fact, I felt pretty safe treading the brick & dirt roads during the day and walking at night to the nearby Sea Bar, (which I highly recommend for Pupusas and beer). This isn’t to say you shouldn’t exercise proper caution, El Salvador definitely has place’s you should avoid, but I’m driven to share a discrepancy I felt between the global optic and the reality of the country – tourism is much safer than we are told, as long as you properly inform yourself of where you can/can’t go. I’d also like to mention that we didn’t rent a car, since we chose to rely on the hotel for transportation, which I’d recommend for first timers.

Now, on to our days and nights in Mizata.

We stayed at beachfront cabins – cozy, neat rooms nestled in a palm tree forest. Ours was perked with air conditioning (thank god), a queen bed, mini fridge (came in surprisingly handy), a fully equipped bathroom and an exquisite wooden terrace where much time was spent wavegazing and debating whether our bodies could handle another session. For indulgence in higher-commodity, SPA-ish delights, the resort’s infinity-pool, cabanas and wide selection of beachy cocktails offered to relegate any remaining scrape of stress to some faraway speck beyond the horizon. My grand tip? Don’t shy away from booking a massage – it’s well worth it. Sixty minutes with the resort’s masseuse are bound to leave you in a state of inebriated euphoria in which everything in the world becomes fine and dandy for the next few hours.

You could say our “we nailed it coming here” revelation came as soon as we realized that every meal on their on-site restaurant, Umami & Cantina, was just as good as the previous: fresh, healthy and seasoned to the fine point. Our expectations were already hanging to a high edge, given we spent a fair amount of time hovering over all the Tripadvisor 5 star kitchen reviews, and yet, we were still very impressed. Everything on the menu was darn exquisite, but our personal favorites were the breikeebowl and the Chilaquiles, which we shamelessly ordered every other day. You can’t go wrong with the seafood either; and by god, make sure you treat yourself to those crème brulee french toasts, even if you’re going for a green n’ lean vacation. As for practicality, I highly recommend the all-inclusive meal package, because if, like us, you’re going to be burning calories like a madman/woman, a deal of the kind is nearly invaluable.

As for our schedule, our days were spent dawn patrolling (surfing by sunrise) the point break until our arms gave out, and the rest of the afternoon, either slothing or turning pages on hammocks all day long until we got hungry (first time I’ve actually come close to finishing a book in a single trip). If conditions played nice, we went out for a second session– glass was an assurance until 10 am. After that, it was up to nature’s whim and hence, usually windy.

Initially, we were a bit worried about the resort’s wave because the bits of information I could scavenge online deemed the point break as “one of consequence”. It’s definitely not a beginner wave, but if you’re duck-dives are in order and your paddling muscles don’t give out easily, you’ll be fine. Despite having our asses kicked and being rag-dolled underwater quite a number of times, the wave wasn’t as gnarly and thick-lipped as I had thought – it’s more of a quick-breaking, steep wall that will occasionally open up for a barreling section. If you’re used to mushy, weak waves and not that good of a paddler, however, you should perhaps consider booking for summer months.

To see what else was on the menu, we booked two surfing trips; the first one was a scenic boat ride along the cliffs that dropped you off in an open ocean spot. Despite the nice lines coming in, the swell direction wasn’t all that favorable, so unfortunately we didn’t catch the spot in its true splendor. Our second trip was a short drive to a mushier point break near some cargo ship port. Not the most picturesque view, but we had a great time going left all morning in an all but intimidating crowd of 3.

Given that surfing was our main priority, as you’ve probably noticed by now, we only booked two hiking adventures, and god bless my non-surf-freak girlfriend for it. The first, a one hour hike to the peak of Santa Ana Volcano, which even though mother-nature decided to lay some thick clouds over us, was shockingly spectacular. Once you’re done with the slightly strenuous climbing part, you’re met by a giant, gaping crater that takes your brain a few minutes to digest due to its sheer size and bubbling, turquoise sulfur lake: a sight to behold, even for the typically unimpressed.

For our second hiking adventure, mighty Roco, the resort’s surf instructor, driver, photographer, bartender, waiter etc…, took us to the great Tamanique waterfalls. Think of a massive jungle-gym, laden with cliffs, swimming holes and a series of interconnected waterfalls ranging from from 6ft to an epic 150-footer. Picturesque? Duh; challenging? You can say that; Fun? In every direction; worth it? If you want to regress to your 15 year old self without a care in the world, then most definitely. We spent a few hours horsing around, climbing, jumping from ledges and simply dosing our systems with the refreshing delights of Salvadorian backwoods.

We passed by the El Tunco on our last day, mostly under the pretext of a quick stop to grab souvenirs for our family. Then again, It wouldn’t hurt to see el Zonte, Salvador’s most popular wave, only if too scratch it of the checklist. I’m glad we stayed for a bit. If you’re aiming for a spring-break vibe, streets rattling with festive spirits and people with all the accents in the world bar hopping in flip flops, then you couldn’t have it any better. Tons of hostels, restaurants, acai bars, juice bars, bars, and surf shops make el Tunco a colorful & charming small town where getting a few beers by sunset felt like the right thing to do. Only we didn’t, because hell was breaking loose in our stomachs thanks to the inordinate amount of food we merrily shoved down our throats all week long thinking there’d be no aftermath (either that, or the fresh oysters we picked from the local fishermen weren’t so fresh). Anyways, if you’re looking to party with other surfers, surfer-wannabes like myself, and non-surfers in a proper surf town, don’t skip out on El Tunco.

All in all, we had one blast of a time with a week-load of amazing waves, stunning hikes and stellar cuisine. Now, back in Puerto Rico, our beaches bewitched by a looming flatspell, it’s not hard to miss Mizata. That place is mesmerizing. I don’t know if it was luck that struck its chord for the duration of our trip, but there was something about those sunsets, something about the dusty winds from faraway shores that soaked the skies in a tangerine haze making everything feel like a dream that should never end. It’s safe to say El salvador left its beauty mark on us.

Anyway, that’s all I’d like to say about our time in the Pacific jewel, and I’d gladly sign a recommendation certificate for Mizata Point Resort if such thing existed. I send my special thanks to the resort’s staff, Joshua, and Mizata’s kind people for giving us such a warm embrace and a great time in El Salvador. Will see you soon. 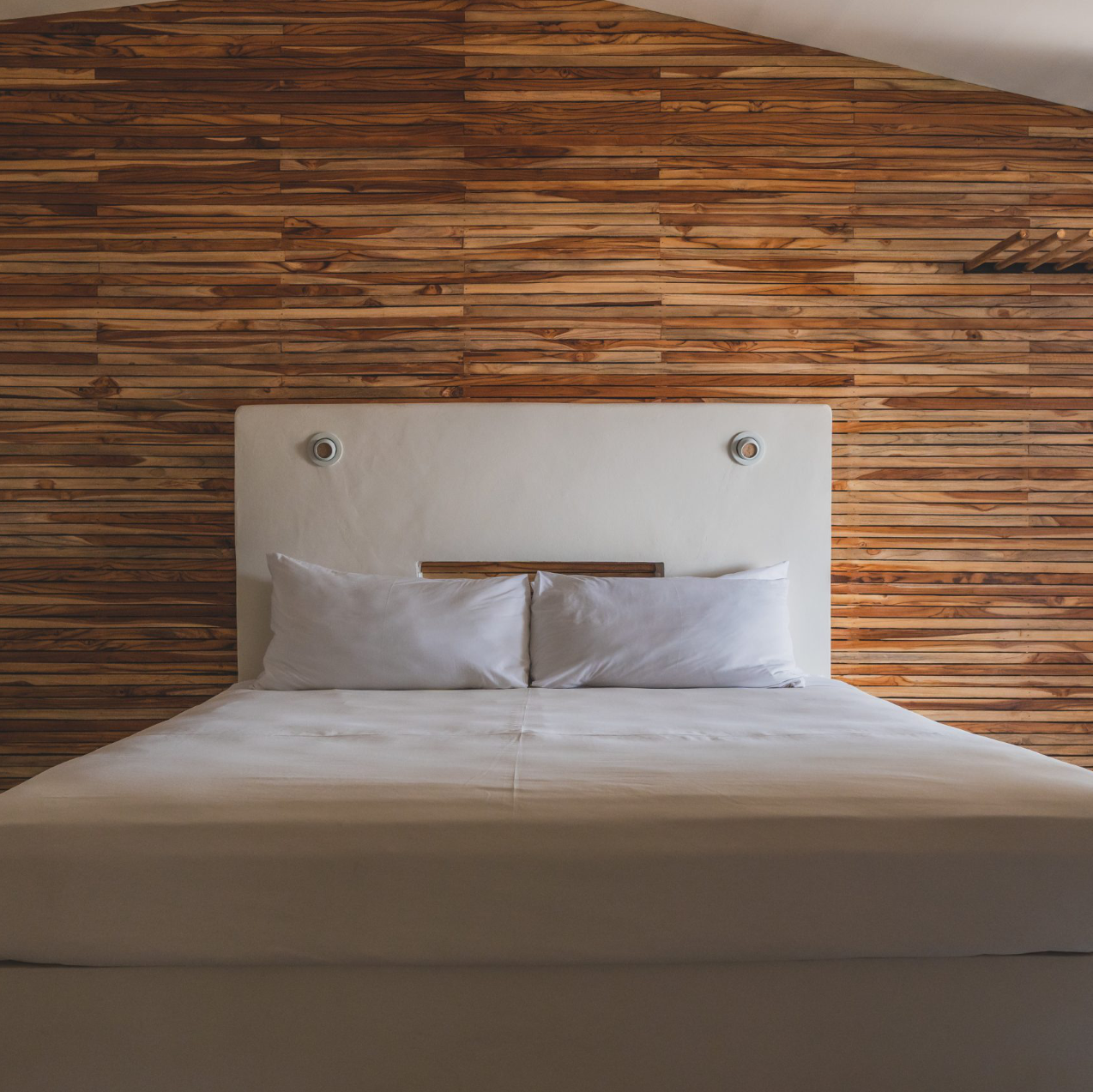 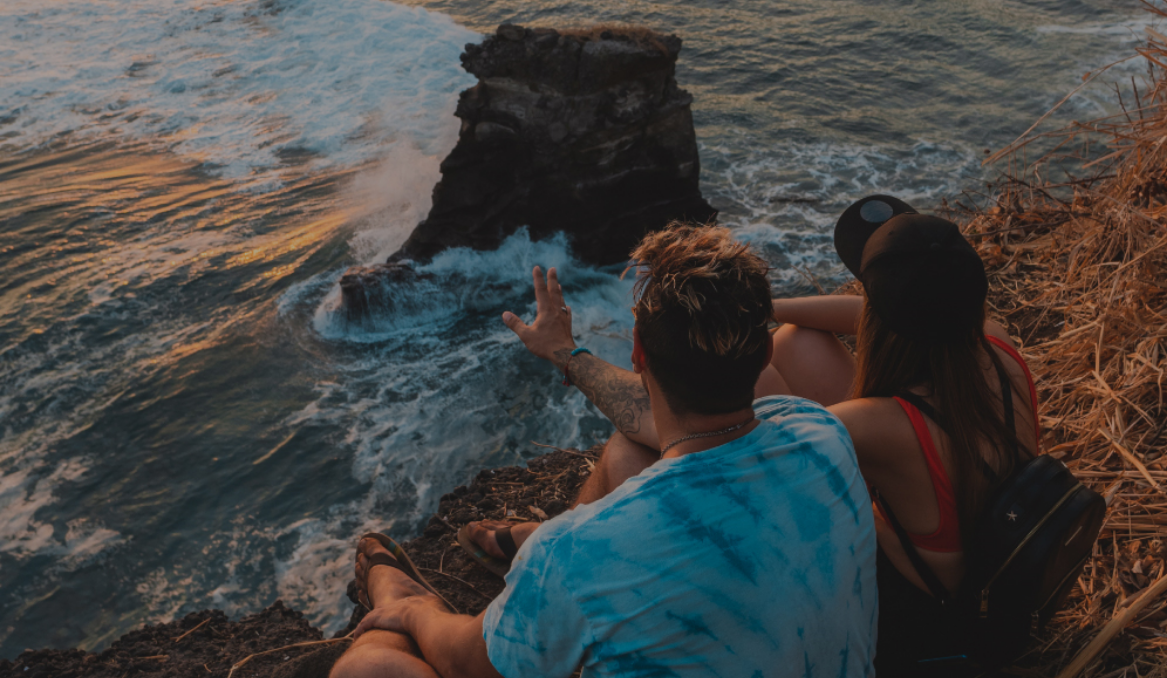 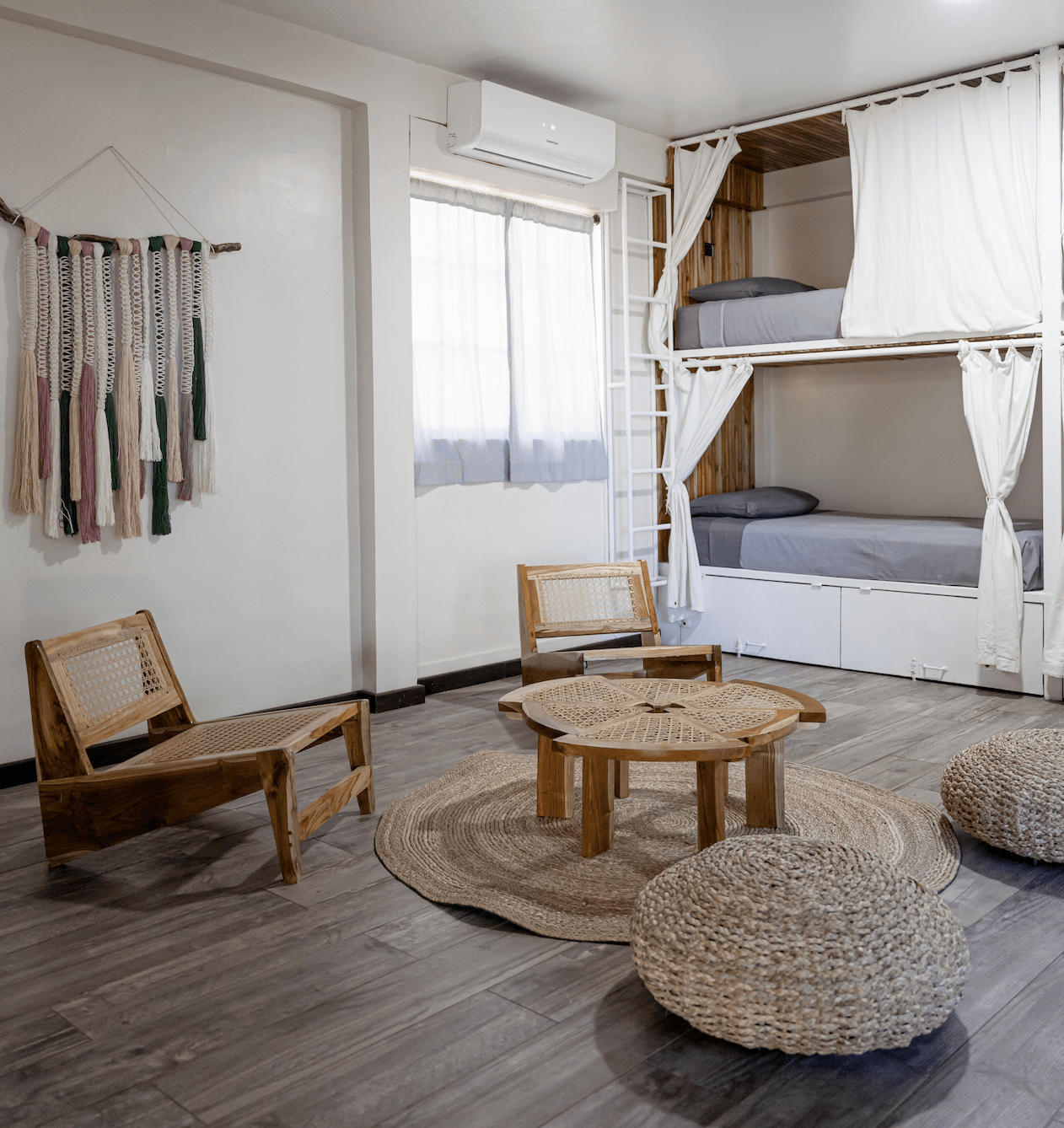 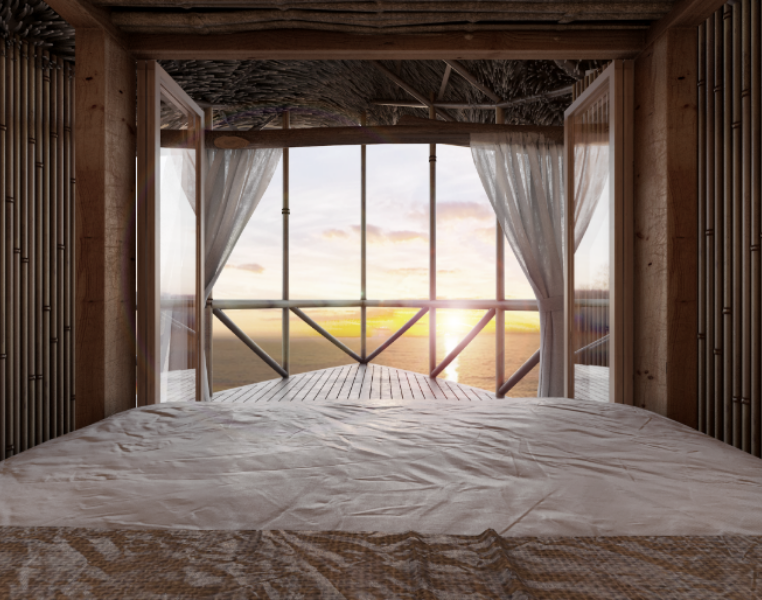 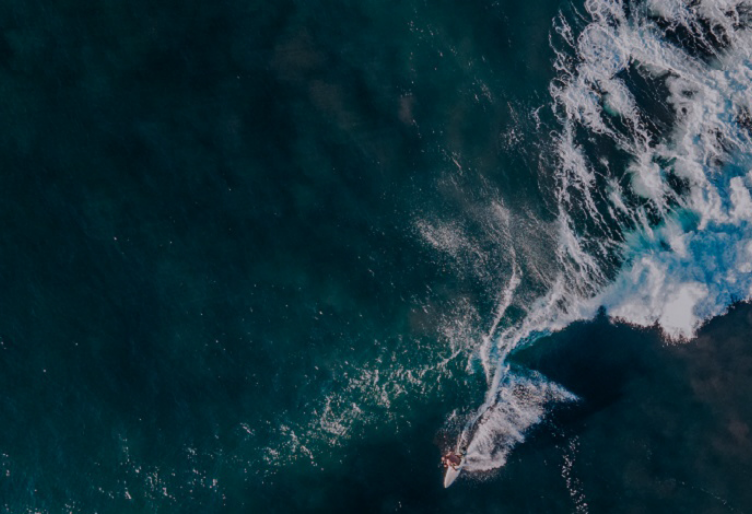 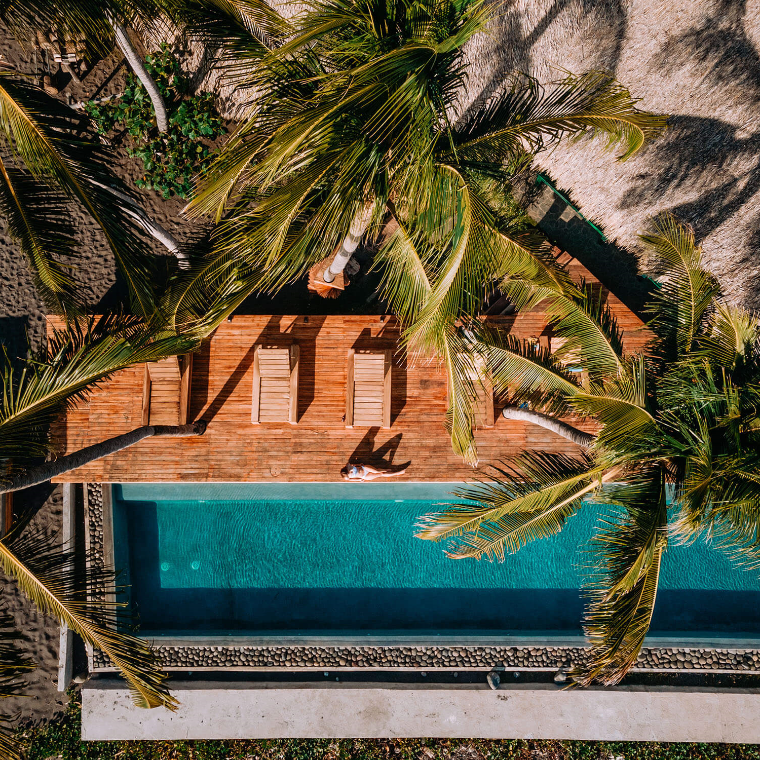 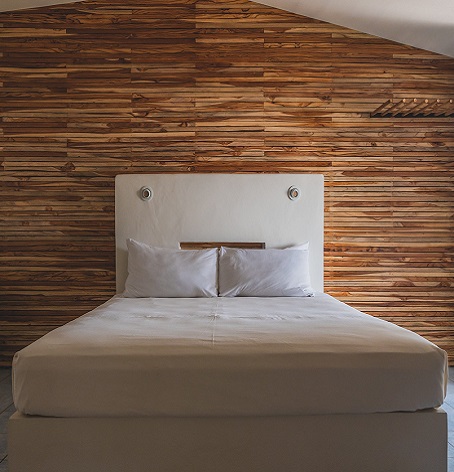